ENTREPRISE WITH A SOUL

MONTAGUT is a unique family business whose French heritage dates back to 1880. Now in its sixth generation, the MONTAGUT family has built up a legacy that combines passion for excellence, technological innovation and a rare expertise in knitwear manufacturing. The little hand-knitting family workshop has become an international company but the spirit of the pioneering days is still intact, providing the business with a human face. 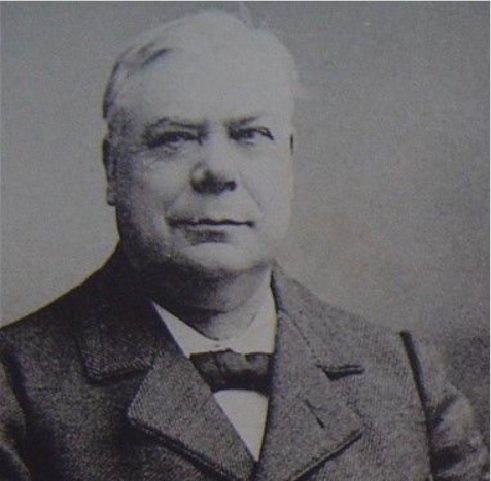 In the early 19th century, faced with the radical pace of Western industrialization, Adoplhe Tinland (1831-1902) was very much eager to take part in this profound transformation. Working in a silk yarn factory he decided to leverage the expertise, quality and know-how of his Southern France region to set up a thread silk factory which he called MONTAGUT.

Gaston, the elder son of Adolphe, strived to develop and industrialize the business. In 1925 he set up a knitting workshop that produced stockings, using machines activated by the electricity, which required about ﬁfty workers.

In the middle of the 20th century Georges Tinland, son of Gaston Tinland, created a silk knitting factory in Valence (Drôme): the Bonneterie Cévenole. Taking a new strategic orientation, he started to produce and sell luxury lingerie and silk stockings under the MONTAGUT name. The second factory was built in Guilherand-Granges (current headquarters of the group) under this new company, to increase the production of silk stockings. This ﬁrst visionary decision enabled the brand to expand before the Second World War, especially as stockings started to become a mass consumer product.

After brilliant engineering studies, Léo Gros returned to Ganges to take over the dyeing business of his father, Fernand Gros. He met Georges Tinland and the Bonneterie Cévenole who were one of his customers. In 1963, Léo Gros, who had become, in between, the son-in-law of George Tinland deviced the FIL LUMIERE, an artiﬁcial thread whose features were very similar to silk. Polo-shirts made of FIL LUMIERE became famous and even iconic from the Middle East to Asia thanks to his relentless travelling across the globe.

THE CHAIRMAN AND CEO

In 1986, Pierre Gros took the leadership of the company and brought MONTAGUT to specialize in the "fully fashioned" knitting process of wool, cotton and cashmere. While keeping elegance as a leitmotiv, Pierre Gros opened numerous stores, especially in Asia, and diversiﬁed the product portfolio, giving a new global dimension to the MONTAGUT brand name.

Marine Lozet-Gros, the back-great-granddaughter of the founder, brought a new dynamics and infused fashion in the brand culture while respecting its fundamental codes. She guarantees the family history and its future across all dimensions related to artistic creation and communication. In her early thirties, she represents the 6th family generation.

Nicolas Gros, the older brother of Marine, followed long ﬁnancial studies and acquired a sharp approach of the company's ﬁnances. After a few years as a consultant, he joined the family company and launched www.montagut.com in 2012, the ﬁrst brand online shop which sped up MONTAGUT's business performance.